Last Monday, June 28, there was a 2-month national strike in Colombia, time in which we have been witnesses and, in some cases, active actors of different dynamics in digital environments.

First we live a tree of trends in social networks, of infoxication about unemployment that resulted in anxiety, Fomo (Fear of missing out, or the fear of being absent from something, of being left out of something) and other mental health disorders, through the sensation of censorship, the positioning of new voices, of new actors in digital environments, the loss of the hegemony of information by traditional media, and other effects. Then we went through a second month in which the conversations diversified, other topics were positioned on social networks, as well as the mobilization in the streets was reduced. However, there is a fundamental element throughout this social explosion: the power of information management.

Read also: National Strike and the challenge of understanding and facing its digital phenomena.

Being consumers and producers of information (which is also called being prosumers) in a context as critical as a national strike makes more relevant the importance of the responsibility of all the parties involved. The fight has been largely against information: what is true? Is it possible to be neutral? Who to believe?

As a digital citizens we have in our hands an enormous power, a power amplified with a mobile phone, an Internet connection and broadcast platforms, so the relevance of critical thinking, of informational and media literacy it is, more than necessary, a duty as citizens, understanding and recognizing the biases and the context from which each one is positioned.

For this fourth and last episode of the second season of Contra TIC we invited Mauricio Jaramillo Marín, who in addition to being the journalistic director of Impacto TIC (And, worth the note, it does not affect the topics or the treatment given to them in Contra TIC), he is an expert in journalism and digital communication in Colombia, who has also assumed an active role from his personal accounts against the false news and on the reflection of the damage that these generate in the societies. 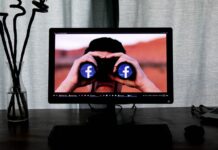 Unemployment in Colombia 2021: the timeline in the digital world

Myths and 'digital' truths during the National Strike 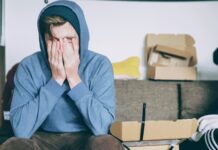