As the years go by, and especially in a pandemic situation, perhaps few elements have taken on as much relevance as software development. After all, all the infrastructure that supports Digital Transformation is also supported by developers who day by day are in charge not only of solving problems, but also of thinking and implementing new functions.

However, even with high demand, software development currently faces several obstacles. First of all, in countries like Colombia there is a shortage of programmers and developers. Second, even if you have the talent, creating software takes prudent time and requires adequate planning and resources.

Although it might be thought that the easiest solution is to look for external software solutions, in the world of business software there are platforms that are called Low-code. These platforms deliver the power of software development to people who have no prior experience with computer code.

In a Low-code platform, for example, tasks can be programmed simply by dragging and dropping or linking some functions with others. This approach is very similar to the one that programs like Visual Basic - developed by Microsoft - implemented in the 90s.

“The premise is to allow people to create applications through a level of abstraction. Activities that would normally require a significant amount of effort to build, we want to turn into a service that is easier for non-developers and non-technicians », he explained to Impacto TIC Tejas Gadhia, Software Developer and Product Manager at Zoho Creator.

Zoho Creator is the name of the Low-code platform developed by Zoho. Creator has been on the market for just over 15 years, and in that time it has accumulated 7 million users who run more than 6 million applications every day. According to figures from Gartner, It is expected that by 2024 more than 65% of software development will be carried out on Low-code platforms.

Is Low-code the same as Low-level?

Essentially no. Low-level language refers to a low-code programming code, that is, it is closer to machine language or assembly languages. Low-code platform, on the other hand, it is a visual platform for creating applications.

A new horizon of applications

The advantage of this type of platform is not only that it is no longer necessary to find new talent, but also that the current operations of the company are optimized. As Gadhia explains, many companies often need simple software solutions that are tailored to the size of the business, but sometimes cannot even be found externally.

“People create custom applications for one of four reasons. One is that there is nothing on the market that does exactly what you want to do, or there is something that does what you want it to do but it is too complicated, too expensive or too simple », Explain. Creating a database, for example, requires thinking about structures, variables, elements, and languages. A platform like Creator allows you to create and automate databases in just a few hours.

The potential of building applications in this way can be expanded to various parts of the business, either internally or externally. For Tejas Gadhia, Around 80% of the applications created in Creator are used internally, while the remaining 20% ​​fulfill basic functions with users and clients of the companies.

And although it might be thought that this type of application does not affect professional software developers, the truth is that it also has an important advantage: simplicity. Since Low-code platforms can work on a personal, group and business level, the applications created function as complements to day-to-day development. It is valuable for a professional developer to be able to create and deploy basic applications in a matter of hours.

How do you build a Low-code platform?

Ultimately, Low-code platforms can also be understood as a bridge between traditional source code and those users who have no experience creating programs. This, from a development point of view, also represents one of the biggest challenges for the Zoho Creator team. No matter how many errors an application made in Creator has, the commitment is in Zoho to offer support.

“Scalability and infrastructure is 100% the hardest part of building a platform like Zoho Creator, and then there is making features that make people more productive, more features of front-end«.

Gadhia explains the example using Lego toys. Zoho delivers the blocks for users to create shapes. These figures can have a good, sturdy build, but you can also create one that doesn't seem to make sense. "In Creator we are letting people build their own applications, so we have to support a backend structure that can have any type of customization on top. In a CRM, things can be optimized to work, but when you let someone build their own things, they can build very bad applications and you have to be able to support that. ", Explica.

There have been cases where a personal application created in Creator is later used by a group of people, and then by an entire organization. The challenge is that these applications behave so quickly and agilely with one or 100 people. This challenge has explained various implementations of Zoho, which is now also looking to introduce Artificial Intelligence solutions to analyze and make suggestions within Creator.

To close, and from its role as a developer, Tejas Gadhia recommends that all interested companies take the time to analyze and choose the best Low-code solution that suits the company. The best thing you can do is ask a lot of questions and make sure all the needs are met. “It is not a short-term decision, there are many tests and a lot of effort, -Explain-. Low-code is one of the hardest things to choose. You can build something with different materials, but the quality is going to be a little different and you always want to make sure you are fully aligned. 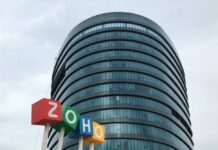 Entrepreneurship, bootstrapping and the case of Zoho

Control the validity of certificates, key to protect the digital presence 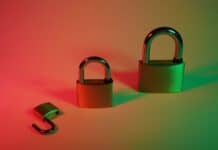 What are the technological needs of SMEs in Colombia? 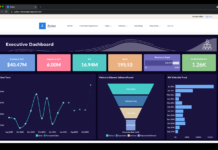 Here are the recommended #EventosTIC for April