A good salesperson does not sell, a good salesperson reinterprets and re-signifies things. In a way we are all sellers, since we are always selling an image, a service, an idea, a program or a product. Selling is about much more than simply getting the other to buy something, it is about influencing, persuading and in certain cases 'manipulating' contexts. According to Felipe Riaño JaramilloAn expert in negotiation and public speaking, understanding these 3 concepts is essential if you want to become a good salesperson.

Riaño is a psychologist and publicist, with master's degrees in communication and psychoanalysis and a master's degree in negotiation from Harvard Business School. He has also collaborated with the CIA and FBI on persuasive body language and advanced persuasive interrogation. Within the framework of the talk 'Why doesn't a good salesperson sell?', During and Campus Party Colombia 2021, the psychologist gave his advice to become a good salesperson.

First, the expert ensures that influence is related to leaving a long-term legacy. It's about being influential in people's decision-making or just being present in their minds when a topic is discussed. Riaño explains that being influential is about sustainability and that it is something like being a Gandhi or a Martin Luther King, people who still influence us today. As opposed, manipulation is short-term and is about how to make an environment more favorable to me or both parties in a sale.

Meanwhile, persuasion covers the medium term and seeks to generate trust and credibility, things that are different but must go together. An example of this could be your relationship with your father. You probably trust your dad blindly, but if you talk to him about stock investing and he's not exactly an expert, you may not believe him very much. In the case of a negotiation, you must have credibility and generate trust in your counterpart. Trust is built in the project of communication with a client in the long, medium or short term. Keep in mind that influencing, persuasion, and manipulation of contexts must be linked in a sales process.

The 5 Golden Rules to sell by Felipe Riaño

1. Know how to profile to communicate

Before starting a sales process, you must understand who you are going to sit with. Whenever you are going to negotiate with someone, find out about him or her, the company and the sector in which it is located. If for some reason you find it difficult to investigate, at least try to find out what his psychological profile is. There are 4 types of psychology and communication profiles that have been proposed from the investigations carried out by the doctor Carl Gustav Jung and used by organizations such as the CIA, the FBI and the Mossad of Israel.

Knowing what type of profile the person with whom you are going to negotiate has is essential to know how to relate to them. The goal of a good salesperson is to be a chameleon and to achieve adaptability.

"Meeting people who share our tastes, beliefs, values ​​or cultural aspects makes us feel more comfortable in their presence and makes us open up in trust with them"says Riaño. Trust is the heart of a sale and to create it you must first generate empathy with your client and know what needs they have to solve them. The idea with this is to generate long-term relationships that have value.

3. Use the 5 verbal techniques

Use voice psychology to communicate what you want to say. Be approachable, but commanding, and emphasize the pace at which you speak. Try lengthening words, vowels, and emphasizing what is important like figures or key facts.

If you want to sell success, you have to project it. Persuasion is a way to change the perception of reality and reality is a series of perceptions that are built through verbal and non-verbal communication. For that reason, assume positions of security and dominance and, as Felipe Riaño says, "Create the story".

«A good salesman does not sell. Good salespeople give reasons why their product or service has to be bought. That is the difference between a good salesperson and other salespeople. In the end, communicating is influence and whoever does not learn to communicate in a sales process, others will influence for you, ”says Felipe Riaño. 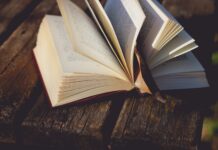 A selection of books for your personal development from different angles 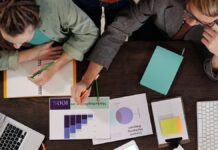 Tactical and strategic work: keys to planning and executing goals 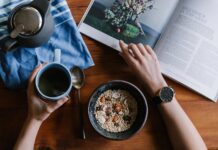 #TopDeImpacto: the importance of making the bed and other productivity habits

Not meeting your goals? These 3 questions will help you know how to do it

Lost with your business? Metrics will help you find your way

Can time be managed or time manages us to ...