“All the processes of society, both for people and for governments, are thought in terms of digitization. For the digitization of the country, a process of greater penetration of technologies and connectivity has to come ». That is one of the ideas of Fabián Hernández, CEO of Telefónica Movistar Colombia, to advance the digitization of the country. Andicom 2021 left us great panels, conferences and guests, and 2 of the most important topics that were discussed during the executive conference were the digital divide and connectivity.

It is estimated that in Colombia only 66,5% of the population has access to the Internet and the vast majority of the people who have this service live in capitals and populated centers. Movistar's vision to accelerate the country's connectivity involves the implementation of fiber optics on a large scale from the point of view of speed and territory. Recently, the company announced the launch of a 900 MB speed connection plan and has managed to reach 90 municipalities in the country.

When talking about the millions of Colombians who are disconnected, the first thing that comes to mind is the population that lives in rural areas. In part this is true, but it is also true that almost half of the population of large Colombian cities do not have access to the Internet. "In cities where there are higher unemployment rates, there are a greater number of young people who need to be connected to be able to educate themselves and acquire the skills of the 21st century"Hernández stated.

As Colombia connects, the quality of life for all Colombians will improve. The executive, who adheres to the government agenda of SUSTAINABILITY, affirms that regardless of what happened with Populated Centers, the country must advance in the ICT sector.

We recommend you see the full interview that the journalistic director of Impacto TIC, Mauricio Jaramillo, asked Fabián Hernández to find out what Telefónica Movistar is doing to improve connectivity in Colombia and more interesting data about the digital divide in the country. 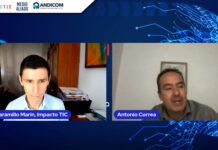 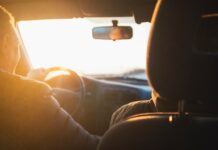 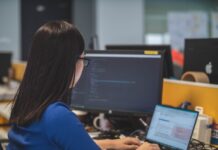 Challenge for ICT Women in 2021: that more of them enter the ICT industry - Andicom 2021

What is a Mesh network and how can it improve Internet access via Wi-Fi?

A look at the colossal space legacy of the Soviet Union

"The next governments must give continuity to public policy in...