Market leaders, allies and users of Red Hat services met during the largest Open Source and Collaborative Culture event in the world, the Red Hat Summit, whose 2021 edition was held on April 27 and 28 . There it was possible to update and learn about the advancement of technology and the trends that are setting the course for this market and the world in general.

In this new digital experience, conferences from leaders of Red Hat and its allies, such as AWS and Microsoft, as well as leaders in the innovation sector were highlighted y, of course, the company that acquired Red Hat in 2019: IBM.

As always, the event also served as a platform to answer some of the most important questions of companies, related to Digital Transformation, the advantages of Open Source and what can be expected for the future.

Collaboration and Open Source, the pillars

The first day of the event began with an intervention by Paul Cornier, president and CEO of Red Hat, who highlighted one of the main advantages of open source platforms: collaboration. In today's world, ideas come from many places and the innovation a company needs may be just around the corner.

Being able to capitalize on and nurture these spaces is and will continue to be a competitive advantage for companies. For Cornier, the companies that open their arms to this collaboration are also the most resilient and the ones that most easily adapt to change. In this context, open source is a key element, and this is precisely an environment in which Red Hat has been working and contributing for decades.

Cornier's presentation was accompanied by representatives of one of the largest and most important companies in the industry: IBM. The guests were Howard Boville, who heads the company's hybrid cloud platform, and Arvind Krishna, CEO of IBM. IBM and Red Hat are 2 of the biggest players when it comes to hybrid cloud, and in their talk they stressed that the hybrid cloud represents the empowerment of their customers.

Organizations are thinking today more than ever about Digital Transformation, how to transport their data and customer data to the cloud, and obtain new and better insights into the business. In cloud businesses, the data of the companies is always theirs, and Red Hat and IBM have a role of facilitators in this conversion, strengthening the native skills of each company.

The power of collaboration also applies to cloud providers, which is precisely why the presentation was also attended by Microsoft and AWS. Using the strengths of elements such as Microsoft Azure and Amazon's web infrastructure, Red Hat solutions focused on creating unified and intuitive customer experiences can be deployed in the same way.

And to round out the solutions from Red Hat, Paul Cornier ushered in Matt Hicks, executive vice president of Products and Technologies at Red Hat. Hicks spoke about Red Hat OpenShift, one of the latest platforms to be released and focused on the development, deployment and monitoring of hybrid applications at scale.

This platform has grown considerably, and with it so have the security challenges. For this reason, OpenShift security has evolved as fast as the platform itself. An important announcement is that OpenShift will now be natively integrated into AWS servers, thus making it the first native third-party platform that works on Amazon's infrastructure.

One of the most important points on the Red Hat Summit agenda was the presentation by the host company, in which they showed some of the important processes of the company, as well as the vision for the future. And who better to explain this than Paul Cornier himself, who again took the lead role to give a much clearer vision of the company.

“We are a commercial software and services company with an open source development model. That hasn't really changed, and it's actually what has led us to become the leader in open and hybrid cloud technology. ", he stressed during his speech. This is not just a perception, but a reality even within IBM's plan (as we already mentioned, current owner of Red Hat).

The presentation continued with Lawrence Stack, executive vice president of Global Sales and Services at Red Hat, who engaged in conversation with Karthik Narain, senior director and leader of Accenture Cloud First. Karthik highlighted that much of the role of companies like Red Hat and Accenture is in accelerating transformative processes to allow other companies to reach their highest level.

To close this section of the agenda, Tim Yeaton, executive vice president and CMO of Red Hat, highlighted that Red Hat has been and continues as a company focused on its users. Implementations of technologies like OpenShift allow many other companies to develop and deploy much more consistent portfolios.

Innovation and speed are two concepts that go hand in hand, and in today's changing environment, they have also become a necessity for companies.

Creative collaboration: the contribution of open source to art

To close its first day, Red Hat Summit 2021 was attended by Joseph from the agenda. Although best known as an actor in films such as '500 Days of Summer', the agenda has also managed to innovate in art with one of the pillars that Red Hat has managed for years: collaborative culture.

His initiative is called Hitrecord, and it consists of a platform that brings together artists from various disciplines to create joint projects.. A writer, for example, may sometimes need a narrator to tell his story; Hitrecord allows you to connect these talents and work together. In Gordon-Levitt's words: "Hitrecord is applying the Open Source approach to art, much like the way programmers approach Open Source."

The collaborative approach and working with Open Source is one of the best strategies, not only in the technological environment, but in many other aspects of life. The Internet allows us to connect with each other, and being able to work together will open the doors even more towards Digital Transformation.

The ingredients of Digital Transformation

The second day of the Red Hat Summit 2021 began by talking about the context of the pandemic, which has meant accelerated growth in the deployment of digital solutions, far more than any business program that could be planned.

To discuss this, there was a panel on Digital Transformation moderated by Kimberly Craven, Senior Director of Red Hat, who was joined by other members of the company: Emily Brand, Chief Architect; Michael Walker, Global Director of Open Innovation Labs, and Marty Wesley, Director of Portfolio.

The discussion started by talking about some of the most important points when undertaking a Digital Transformation of any kind. First of all, and perhaps one of the most important, is evaluate human talent that you have and determine if it is really enough to achieve all the goals that the company has set. What skills are important? What are a strength for the company ?; These are all questions to ask yourself.

Following this, Emily Brand insisted that a Digital Transformation process is much more than just acquiring new equipment. “Not all old teams are bad. It may not sound great, but that's the reality. "he stressed. In many cases, the best way out is to integrate the existing infrastructure to offer better services, without having to invest in new equipment.

To close this panel, Walker and Wesley noted that much of the change is based on finding new ways to implement innovative solutions and stay ahead of the market. Some companies have decades of data in storage, and the real transformation is in how to turn this into a competitive advantage.

The recipe for Digital Transformation

After the panel, the focus was on Latin America, a region of accelerated growth and where the growth potential is quite considerable. For this reason, Red Hat invited members of the company who are experts in the region to explain the progress and difficulties it has had in adapting to these changes required by the pandemic situation.

To begin with, Thiago Araki, director of Red Hat's Latin America technology office, assured that the collaborative spirit of open platforms should always be supported. This, mainly, due to the transparency capacity that it brings, thus allowing the construction of a development environment based on mutual trust between different companies or individuals.

“In Open Source operations there are solutions for practically everyone. From governments to private companies, not only in this pandemic but before and after ”said Luis Cardona Gutierrez, Red Hat's Telco Practice Manager. And that is precisely the advantage of open source environments, since they can be freely modified to suit each need and do not depend exclusively on a closed group of programmers.

Concluding the conversation, Margarita Perera Ruiz, leader of transformative services at Red Hat Mexico, mentioned that the biggest obstacle facing the region is purely cultural. Digital Transformation requires change, but this change will not always be easy, but it will surely bring some discomfort throughout the process.

Innovating will never be easy, whether inside or outside a company, and that is why it is vital to have an open culture that rewards important advances and finds novel solutions to old problems.

The closing of the day was in charge of the feminine talent of Red Hat; the focus was precisely the importance of having women leaders of change in environments where diversity becomes a competitive advantage. Margaret Dawson, vice president of diversity and inclusion for Red Hat, spoke about some of the benefits and challenges that women have.

Joining her were Emily Brand, chief architect; Jessica Forrester, Senior Software Engineer, and Karen Townsend, Senior Application Developer; all members of the Red Hat team. One of the most important points at the beginning focused on the accessibility that women can access today to empower themselves and take positions of great relevance.

#RHSummit🚩 How can men support female leadership and empowerment?

✅ »Realize that there are many opportunities. You can be an ally and make a difference »: Koren Townsend, developer of @RedHat
✅ »Sit down and listen»: @jwforres #WomenTIC pic.twitter.com/L7u6ik5s8v

An important problem that occurs in these processes is what is known in psychology as the impostor syndrome. Technology is sometimes presented as a markedly masculine environment, which in turn creates a vicious cycle in which women do not really feel part of the teams. Although times have changed and women are very welcome, this syndrome causes many of them to think twice before opting for education in the technological field.

For this, the best solution is to create communities with other women, form work groups, enlist the support of other women and try to innovate in a sector that definitely needs a diversity of visions. On the other hand, the advice for men is to become an active partner in empowering women to make a real difference to the processes.

Sometimes the solution is as simple as sitting down to listen to other people's stories and ideas. In a diverse environment, the constant flow of visions guarantees not only the timely resolution of problems, but also forms a much more robust and better-trained team to face the challenges of Digital Transformation. 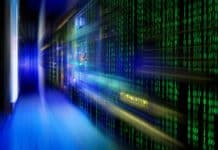 The future of the cloud is in quantum computing

Flash is dead, but his ghost is still with us

5G and the network as code: the new transformation of telcos 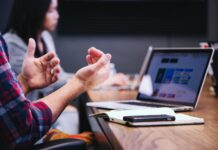 Challenges of education in the digital revolution