Vice Minister of Connectivity of the ICT Ministry presents his resignation

Walid David Jalil, who serves as Vice Minister of Connectivity of the ICT Ministry, submitted his resignation after 8 months in office. Jalil joins the group of officials of the entity who worked with the former minister Karen Abudinen and who decided to leave her position shortly after the scandal over the contract with Poblado Centers became known.

Despite the fact that several national media such as The Herald announced the advisor to the Vice Ministry of Connectivity Nicolás Almeyda Orozco, the ICT Ministry clarified that still studying profiles for the position.

Days before the resignation of Walid Jalil was known, the former secretary general of the MinTIC, Adriana Meza, and the administrative deputy director of the entity, Sandra Orjuela, also left their positions. Jalil will conclude his duties as Vice Minister of Connectivity of the ICT Ministry at the end of the day.

A recent report by the Cybernetic Center of the National Police and Dijín on cybercrime indicated that the cities where this type of crime occurs the most are Bogotá, with 12.981 cases; Medellín, with 3.442; Cali, with 2.363; Barranquilla, with 1.809, and Bucaramanga, with 1.256. According to the authorities, Cybercrime in the country has increased due to the fact that many people, due to the pandemic, are using digital channels to a greater extent to make financial movements. The crime that has presented the most cases since 2020 was theft through digital channels, which had 13.000 cases.

Other cybercrimes that have been protagonists in Colombia since 2020 are the violation of personal data, with 7.001 cases; spoofing sites website (4.353), non-consensual transfers of assets (2.632) and interception of computer data (1.231). In the last hours, several public complaints have been filed on Twitter for non-consensual transfers of assets in accounts and credit cards of the Davivienda bank. The story that is repeated the most in the complaints is that the cybercriminals made the movements during the night and at dawn, while the victims slept.

The Ministry of Industry, Commerce and Tourism of Spain ad which will carry out a project to implement the 'Smart Tourist Destination' model in Bogotá, through the Mercantile Society for the Management of Innovation and Tourism Technologies (Segittur). Turning Bogotá into a smart tourist destination involves the use of technology and innovation in the field of governance, sustainability and accessibility. According to Karol Fajardo, director of the District Tourism Institute, "Taking Bogotá to become a smart tourist destination is an opportunity to promote joint work between the public and private sectors of the city."

The 'Smart Tourist Destination' model of the Secretary of State for Tourism of Spain has been recognized by international organizations such as the OECD, the UNWTO and the European Commission. As reported Infobae, Segittur and members of the Bogotá District Tourism Institute have met to discuss the methodology and the roadmap that will be carried out in the coming weeks. The work will begin with the analysis of the city in 5 axes: governance, sustainability, innovation, accessibility and technology. The results of the meetings and the analysis of the information will make it possible to evaluate the city's compliance in each of the axes.

The professor of the Department of Physics at the University of Toronto Diana Valencia was awarded the prestigious Paolo Farinella Award, for his contributions in understanding planets that orbit stars other than the Sun. The Colombian and the planetary scientist Lena Noack made important contributions to the human understanding of the interior structure and dynamics of terrestrial and super-earth exoplanets. Diana Valencia developed the first interior model and the first relationship between mass and radius for rocky exoplanets.

The Paola Farinella Prize was created in 2010 and each year it rewards an outstanding researcher no older than 47 years of age who has achieved important results in astronomy or astrophysics. This is the second time a woman has won this award. Valencia's breakthroughs that led to her winning this award also include high-pressure and temperature experiments to study how atoms bond inside super-earths. Professor Diana Valencia has a master's degree in physics from the University of Toronto and a doctorate in planetary sciences from Harvard University.

45% of the trees in the country are at risk of extinction, according to the Humboldt Institute

The Humboldt Institute presented the results of its seventh Bio Report, which shows the latest data on the panorama of biodiversity in Colombia through the use of research that has been developed in the country's ecosystems. Among the most important findings, it stands out that 566 of the 1.254 species of trees and shrubs in the country are at risk of extinction, that is, 45% are at risk. This figure is higher than the global figure for the loss of trees and shrubs, which represents 33%. According to researcher Cristina López, in the world there are more threatened tree species than vertebrate animal species.

Colombia has between 5.000 and 6.000 species of trees and shrubs and 1.254 are endemic, which means that they are only present in Colombia. Of the 566 that are at risk of extinction, 155 are critically endangered, 238 are critically endangered and 173 are vulnerable. The report also revealed that 49% of the area of ​​the páramo complexes is not classified as a protected area. Similarly, 91% of the wetland area in the country does not fall under any of the Runap categories (Unique National Registry of Protected Areas).

Colombian Mining Monitoring (Comimo) is the name of a tool capable of recognizing mines in satellite images of Colombia through the use of artificial intelligence. The tool was developed by professors, consultants and students from the Faculty of Economics of the Universidad del Rosario, who received a grant from Google. I eat is a free tool that offers the possibility of identifying illegal mining in the country at the click of a button.

The international data intelligence, digital transformation and business management consulting firm announced the acquisition of ITPerforma, a Colombian company specializing in data intelligence, and Bigo, a Mexican company specializing in digital commerce. With these new acquisitions, Keyrus expands its geographic presence in Latin America with offices in Brazil, Colombia, Peru and Mexico.

The United States Department of Justice has created a special team to investigate crimes related to cryptocurrencies. The team is known as the 'National Cryptocurrency Enforcement Team' (NCET) and will be tasked with investigating crimes committed by virtual currency exchange, mix-and-drop services and money laundering infrastructure. The Department of Justice assured that NCET will provide expertise in blockchain and cryptocurrency transactions.

Scientists develop a chemical catalyst that converts CO2 in fuel

A study published in the journal Nature presented the results of research in which scientists succeeded in designing a special chemical catalyst that can convert carbon dioxide into desired chemical fuels. This research could eventually lead to a way to add some kind of coating to industrial engines or systems so that they are capable of converting their own CO.2 instead of releasing it to the atmosphere. 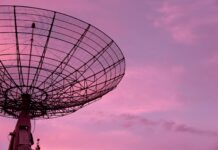