The role of journalists is key in helping to meet the challenges of fake news. Are they fulfilling their role and are they being responsible digital citizens?

Links, chains, images, videos and a variety of content with false information are distributed daily, which at the end of the day only harms society and confuses citizens. What to believe? Who to believe?

According to the study Digital Iceberg, By Kaspersky in conjunction with the market research consultancy Corpa, 70% of Latin Americans do not know how to detect or are not sure to recognize on the Internet between false and true news. In the case of Colombia, the percentage of users who do not know this information reaches 73%. Even 14% of the people consulted in the country are completely unaware of the term false news (Fake News).

The Digital Citizenship guidelines invite you to follow reliable sources, the media and journalists, with recognition and whose journalistic practice supports them. However, false information also circulates in the media, creating an atmosphere of mistrust. And this is not negotiable for journalists, whose main value is precisely the trust they generate between people. That is why we brought together journalists from Colombia, to analyze the effects of fake news and how to combat them:

She is the author of the books '¿Te Vas o Te Quedas?', Which brings together 30 stories of migrants; 'Forgive the Unforgivable', with a hundred chronicles and interviews with former victims and former victims of the armed conflict in Colombia; Y 'Female witches', with 83 interviews with Colombian women and with which he won the Bogotá Journalists Circle award for best book of the year.

This was the thread of the conversation:

#TICaricature: When ethics is non-existent ...

#TICaricature: This is how fake news is cooked

May 15 is approaching: have you decided whether to stay on WhatsApp?

#ThreadsTIC: other variants of COVID-19 to analyze 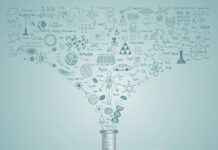 8 strategies to bring science closer to all audiences