When we talk about space exploration, usually the first idea that comes to mind is related to NASA and its missions, or perhaps the Russian space program. This is not surprising, mainly due to the fact that the United States and Russia have been leading humanity's space ambitions for more than half a century.

However, although it may not be mentioned as much, China's space program has become one of the most advanced in the last decade and whose ambitions have led it to become a third space power. And even though the show has had some negative incidents, just 3 months ago China launched its first manned mission in 5 years to begin construction of its space station.

With delays in NASA's Artemis program - which plans to return astronauts to the Moon - recent Chinese successes have set its sights on a nation that wants to take its global importance out of orbit ... literally.

Chinese space ambitions had their official start in 1964, when the country managed to launch a rocket 70 kilometers above sea level and whose only crew were mice. This rocket was later recovered, but 4 years later - in 1968 - what years later would be known as the Chinese Center for Research and Training for Astronauts was formed in Beijing.

In 1970 China successfully launched Dong Fang Hong I –its first satellite–, while Qian Xuesen, for many the father of the Chinese space program, introduced the first manned space project. However, despite the important advances made by the Soviet Union and the United States, it would take until 1992 for China to formally establish the Shenzhou Program - the government's initiative to promote manned space travel.

With the help of Russia and the developments left by Xuesen, China managed to develop its Long March rocket, which is still around today. In 2003, as part of the Shenzhou 5 mission, this rocket put astronaut Yang Liwei in orbit for 21 hours. With this feat, China became the third country in the world (after the United States and the Soviet Union) to put an astronaut into orbit using its own rocket.

After 2003, the Asian giant has enjoyed several successes in rapid succession, managing to carry 2 more astronauts in 2005, putting a satellite into lunar orbit in 2007 and achieving its first spacewalk in 2008. For Sa'id Mosteshar, Director of the London Institute for Space Law and Policy and Professor of International Space Law, These successes are based on decades of support from the Communist Party. "The leadership of the CPC has realized the potential of scientific and technological development, political, socioeconomic and national security of the space commitments", tells us.

This growth and support from the government meant that China would continue to follow the heels of Russia and the United States. In 2013, just 10 years after leaving the atmosphere, the Chang'e 3 unmanned module managed to make a lunar landing. This was the first time since 1976 that a space module had landed safely on the Moon, and again China joined an exclusive club that previously had only the United States and Russia as members.

In Chinese mythology, Chang'e is the name of the goddess of the Moon. According to legends, Chang'e has pale skin, night-black hair, and cherry-red lips. Sometimes she is represented with her pet, a white rabbit.

Getting to that side of the Moon presents several challenges, but mainly it is a giant logistical challenge, since the transmissions originating from the Earth are easily obstructed by the natural satellite. In 1959 the Soviet Union gave us the first image of the hidden side, but in 2019 - and only on its second moon landing - China became the first country to land on the moon and explore this vast, relatively unknown region.

Although the rover had a useful life of 3 months, Today it is still in operation and is just under 1 kilometer away from its landing site. With all this, China hopes to lay the foundations for more lunar missions and have humans on the Moon by the 2030s. Likewise, the Russian space agency Roscosmos assured that it will work together with China in the construction of a lunar station dedicated to the investigation.

A new space station and the arrival on Mars

In April 2021, China launched the first module of what will be its new space station into space. Although this news alone is a giant leap forward for the country, the launch attracted the attention of the international community for different reasons. Once the rocket reached orbit, the whole world watched its 'uncontrolled' descent. In other words, China had no control of where it would fall.

The rocket finally fell in the Indian Ocean near the Maldives, drawing criticism from NASA in what they called a failure to meet responsible standards. According to Sa'id Mosteshar, while their international image is important to China, this image will not come at the cost of the rapid progress they have made in the last decade.

China will certainly take any such criticism into account in its future activities, as it wants to be seen as a responsible actor in space. However, China, as other countries have done before, will not make it a priority if it entails significant delays and costs.

Sa'id Mosteshar, Director of the London Institute for Space Law and Policy

As China builds its Tiangong space station, the International Space Station is nearing the end of its life cycle, in 2024. Although NASA has shown intentions to continue operating after this date, the Russian agency Roscosmos announced its withdrawal from the Station in 2025, questioning the continuation of the international project.

Parallel to this, in May of this year, China completed in a single mission what had taken NASA several years. The Tianwen (Questions to the Sky) mission managed to reach Martian orbit, put a module on the surface of the red planet, safe and sound, and then launch a rover. Until that day, the United States was the only country to have managed to bring modules to the Martian surface, on missions with vehicles such as Curiosity and Perseverance.

And although China is entering a terrain previously dominated by the United States, the truth is that these advances cannot be described as a true space race between the two countries. The environment between the 2 nations here on Earth is not the friendliest, and in space China has adopted its own calendar and way of doing things, Mosteshar says.

China, for example, has had access to the International Space Station restricted since 2011 because the US Congress deemed it a national security risk. China's response was to create its own station, while also ensuring Russia's collaboration. "The Chinese space station project is something that has been in the works for a long time and is not the result of some kind of race into space."says Mosteshar.

Likewise, although the exclusion of China from the Space Station has accelerated the Chinese program, it ensures that anyway, China would have focused on developing national capacities related to space to ensure that you do not depend on others to carry out your preferred space commitments and reap the associated socio-economic, national security, political, scientific and technological benefits.

Although it may sound like science fiction, in many ways China understands its advances in space as an investment that in the future can be reflected in more resources for the nation. This, for example, thanks to the potential that technologies such as space mining may bring in the next century.

With a Chinese space program advancing by leaps and bounds, perhaps the greatest challenge is here on Earth. In Mosteshar's words: “An interesting element will be to what extent China will be willing and able to advance its bilateral and multilateral commitments outside the UN. China will have to overcome many obstacles to make any meaningful progress with the Western states. ". 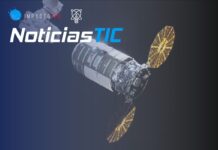 You can now record Twitter Spaces on iOS, environmental decalogue and more #NewsTIC

The Kármán line and other astronomy concepts you should know

Perseverance fails its first pickup, what does it mean for the quest? 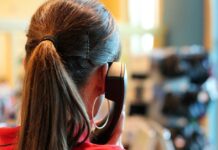 Colossal Twitter hack !, images of the Sun and other highlights from ...